While a junior at Mount Pisgah Academy, Abby Andrews signed up for a ShareHim trip.
“I was kind of struggling with my spiritual relationship with God,” says Andrews, now a nursing student at Southern Adventist University.  “I wanted to test God a little bit and see could if He would use me in that sort of way.”

Andrews preached a series of sermons as part of the school’s ShareHim trip to Nicarauga. She spoke to a crowd that grew each night—starting out in the open air and ending with standing room only in a church building constructed by another group of students from the school. She felt the power of the Holy Spirit take control as she and her translator conducted the meetings. She experienced the warmth of the people. With speakers cranked top volume, she herself preaching to an entire neighborhood, not just the group gathered around her. She discovered, with her audience, the power of Christ as they watched video scenes from the life of Christ.

“By the end of it, when Jesus was crucified, everyone was crying … I was crying,” she says. “By the end of the series I was really convinced of what I preaching to them.”

She traveled to Honduras on a ShareHim trip the next year, an experience altogether different but just as spiritually affirming. Andrews says the trips have transformed her perspective as she prepares for a career—and future life as a follower of Christ. She has led small group Bible studies in her dorm. She finds herself praying for her patients, confident in her faith and the power of God.

“God is definitely more real to me now,” Andrews says. “I just want people to know how real He is.” 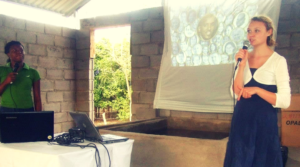 ‘Getting out of my comfort zone’

Aleksandar Vitorovic, a 31-year-old computer science Ph.D. candidate from Zurich, Switzerland, first awoke to lay evangelism when he participated in a mission effort in the Swiss city of Lugano last year. He recognized the voice of God and felt impressed to gain more evangelistic experience.

“I saw God working through me,” Aleksandar says. “I decided to go out of my comfort zone.”

He learned about ShareHim through a friend at the Adventist University of France near Geneva, Switzerland, and signed up for January’s ShareHim trip to Côte d’Ivoire. He joined twelve others, mostly from France, in preaching at multiple meetings held throughout the capital Abidjan.

There Aleksandar experienced the challenges and rewards of evangelism. He came home excited to do more, including participating in a church plant project in Lausanne, Switzerland.

“I learned that although we may have difficulties, God is in control, and the gospel will be preached to His glory,” he says. “We need to do our best, and to leave the rest to God. He is the One who blesses our efforts and brings people to Him.” 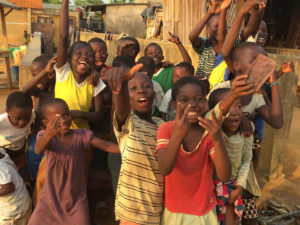